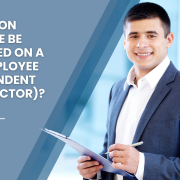 What Does Non Compete Do in Work Agreements?

Now, what does a non-compete do? It essentially prohibits the professional from doing what they do for a certain amount of time. And within a specific geographic region. Are non-competes enforceable in every single state? No, there are a few states where they’re completely unenforceable. In most states, they are enforceable if they meet that state’s requirements. Most states do not have specific laws about non-competes. It’s kind of through case law from people suing and then the court’s making decisions. The courts will look at the following factors to determine if the non-compete is reasonable and enforceable.

Does the non-compete protect the employer’s legitimate business interests? Does it cause undue hardship for the employee/contractor? It doesn’t harm the public and then it has a reasonable time or geographic scope associated with it.

Can You Enforce Non-competition Agreements?

Let’s talk about what to expect in the actual independent contractor agreement. First, can a non-compete be enforced in a 1099 independent contractor agreement? Yes, they can, unless it’s in a state where, as I said before, it’s completely unenforceable. In most non-compete, it’s going to state that the professional can’t do their specific profession. It will also state for how long. Usually somewhere between a one-to-two-year time. And then the geographic scope can be dramatically different based on the professional’s industry. For healthcare, somewhere between 5 to 15 miles is normal. For some sales positions, it can be the entire state or several Counties from where they are called upon with the sales targets. It is industry specific.

Some things you must keep in mind. You want to narrow down the contract’s language to a specific profession. Let’s just say you’re a software salesperson. You don’t want it to say you can’t do sales for two years within this County. You wanted to say you can’t do the very specific software banking sales. That way, you’re not completely kept from doing sales. You just can’t do sales for a competitor. That’s kind of an important part of this.

If an employer is stating you can’t do sales at all and they’re a bank, it doesn’t make sense if you’re doing cleaning supply sales that they would prohibit you from doing that. That’s the first thing you need to think about, narrowly tailor the scope of what you can’t do. And then, as far as time goes, anywhere between one to two years would normally be enforceable. If you have a five-year, 10-year non-compete, that’s ridiculous!

Very unlikely that that would be enforced. And then, as far as geographic scope, as I said, you want that narrowly tailored as well. Some things to think about: you always want it to be from your primary location. If you’re in healthcare, certainly your primary practice location. If you’re in sales, you want to keep that as tight as possible. And maybe just one County, or if you’re throughout the state, it’s tougher, but still, you want to open as much area as possible. Multi-State non-competes generally are unenforceable. However, if you’re in sales and you’re in Cincinnati, and you’re on the border of Ohio, Kentucky, and Indiana, well, they may say somewhere around there. And so, like that, it is like enforeceable.

Summary: Non-Compete Could Be Enforceable to Independent Contractors

So, are non-competes enforceable in 1099? Yes, if they are reasonable in scope. It’s tough. I mean, non-competes can be a huge part of any contract negotiation. Now, for some people, it doesn’t matter at all. For example, a physician I spoke to before. He is moving into a city just for the job. And that physician have no ties to the area at all. And that physician says that they will move out if the job doesn’t work out. Then the non-compete doesn’t matter to him at all.

Whereas if it was an established physician, who may have kids in school or families close by. Being able to stay in the area is important. It is important that he is able to continue and do his profession in the area. Otherwise he may have to move or his family might have to move. That is why the non-compete matters to him. So, if an employer/independent contractor customer is completely unwilling to make any changes to the non-compete, that can be a deal-breaker for some people. Unfortunately, the non-compete clause in an independent contractor is enforceable. Some negotiations to narrowly tailor the contract to your needs are needed.

I would have someone look it over. An attorney looks it over to give you their opinion on whether it’s enforceable and never go into a contract signing something, just saying, well, it’s too broad. It is unenforceable if need be. Yes, that might be true, but you might have to litigate it or go to arbitration. I would never suggest that someone sign a contract just thinking, ah, well, it is unenforceable. I don’t have to worry about it. That’s a bad idea, in my opinion.

We can review an employment contract for an employee or an independent contractor before execution. We determine whether it meets your needs and protects your ability to continue in your profession when the agreement is terminated. Our firm offers a defense of claims that employees violate the non-compete agreement contained in a new or existing employment contract. Many non-compete agreements reach far beyond the protection of a business’s legitimate business interests. Client/patient lists, practice policy, intellectual property rights, and trade secrets will be legitimate business interests.

Getting a Contract Dispute Attorney

Contact us today if you would like to set up a consultation with Chelle Law or learn more about our employment practice areas and the services our Non-Compete Agreement Lawyer provides.

How to Negotiate a Dental Associate Contract | Dentist Employment and Dental...
Scroll to top